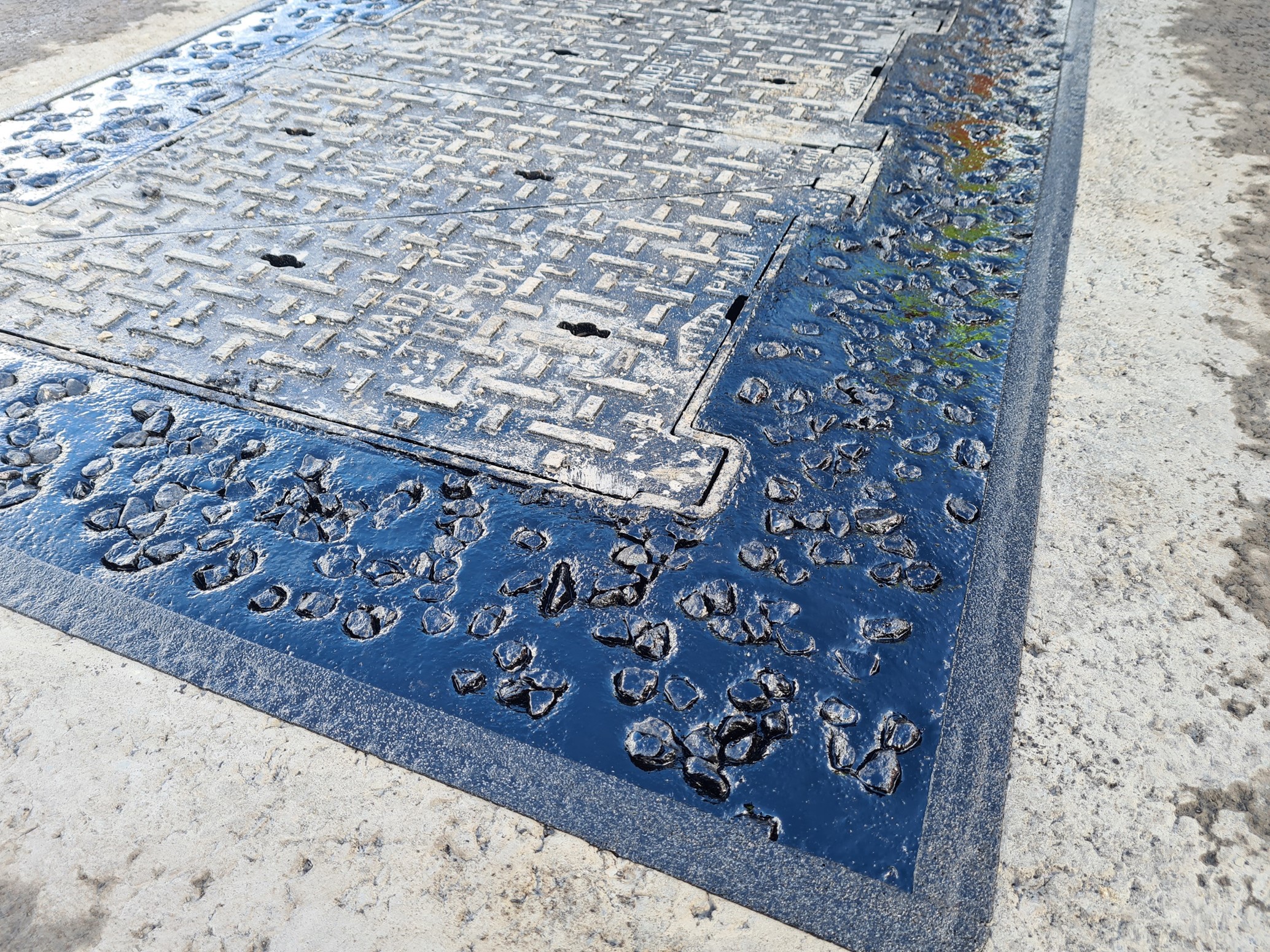 Miles Macadam were recently contracted by Amey to complete Pacopatch Ironwork Repairs on the A5190 Lichfield Road in Cannock. This is a heavily trafficked link road that connects Cannock and Lichfield. A double manhole became displaced due to continued traffic movement and required urgent repair. Miles Macadam are an IKO approved installer of Pacopatch and were engaged by Amey to complete the job. Due to the location, just off a busy roundabout, it was essential a durable rapid curing material was specified for the reinstatement.

Pacopatch is a revolutionary, polymer based, bituminous repair system developed for the reinstatement of all types of ironwork on highways and airfields in asphalt and concrete pavements. Producing a permanent repair, Pacopatch is a 100% on-site process and requires no subsequent maintenance. The cold blocks are designed to absorb the heat from the hot liquid grout whilst forming a monolithic structure with the mono-polymer bricks, which are in turn supporting the frame and cover. The system cools to an ambient temperature faster than other hot applied systems allowing repairs to be completed and the area to be re-opened quickly.

The area was secured and made safe to work during a single lane road closure. The team inspected the area and then set-up the boiler, heat lance system and the bucket warming station prior to the commencement of work. After this was completed, material was poured into the repair area and the mastic asphalt bricks were installed. A final layer of mastic asphalt was applied, and float levelled. When the finish was still in molten state, coated stones were installed. The reinstatement was completed within the single day road closure and the Pacopatch was allowed to cool for approximately 2 hours prior to opening to traffic. 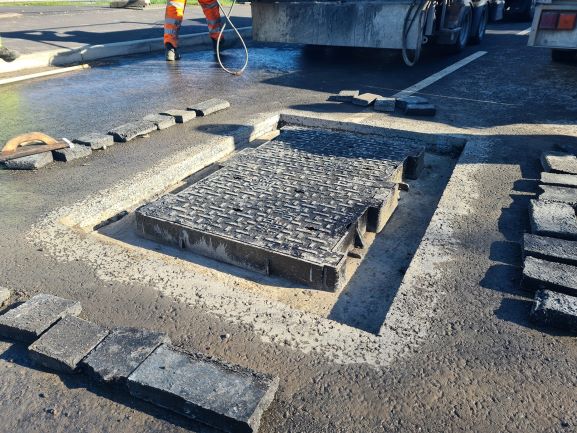 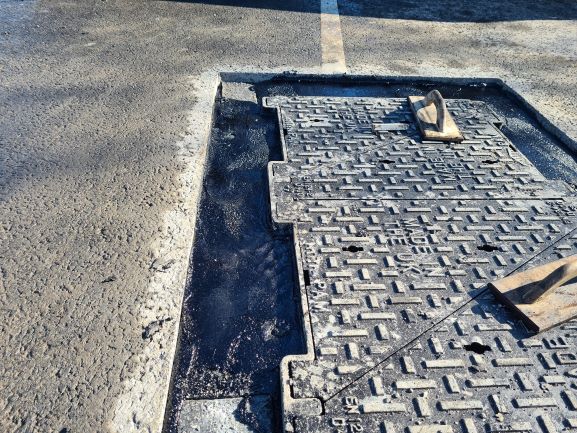 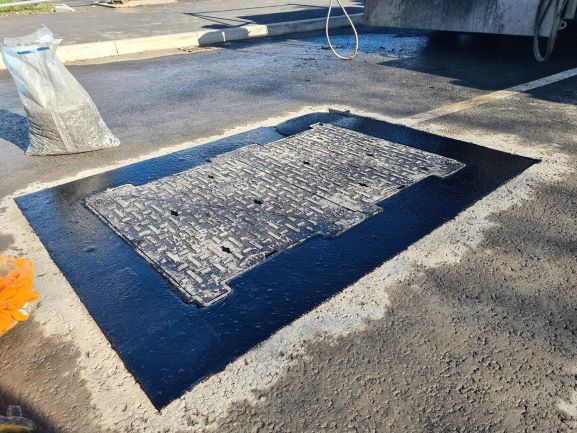 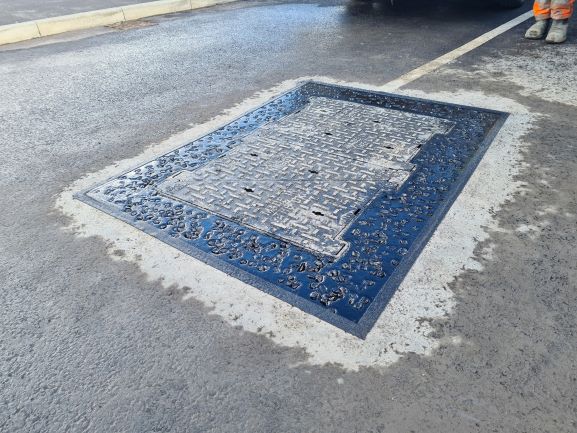