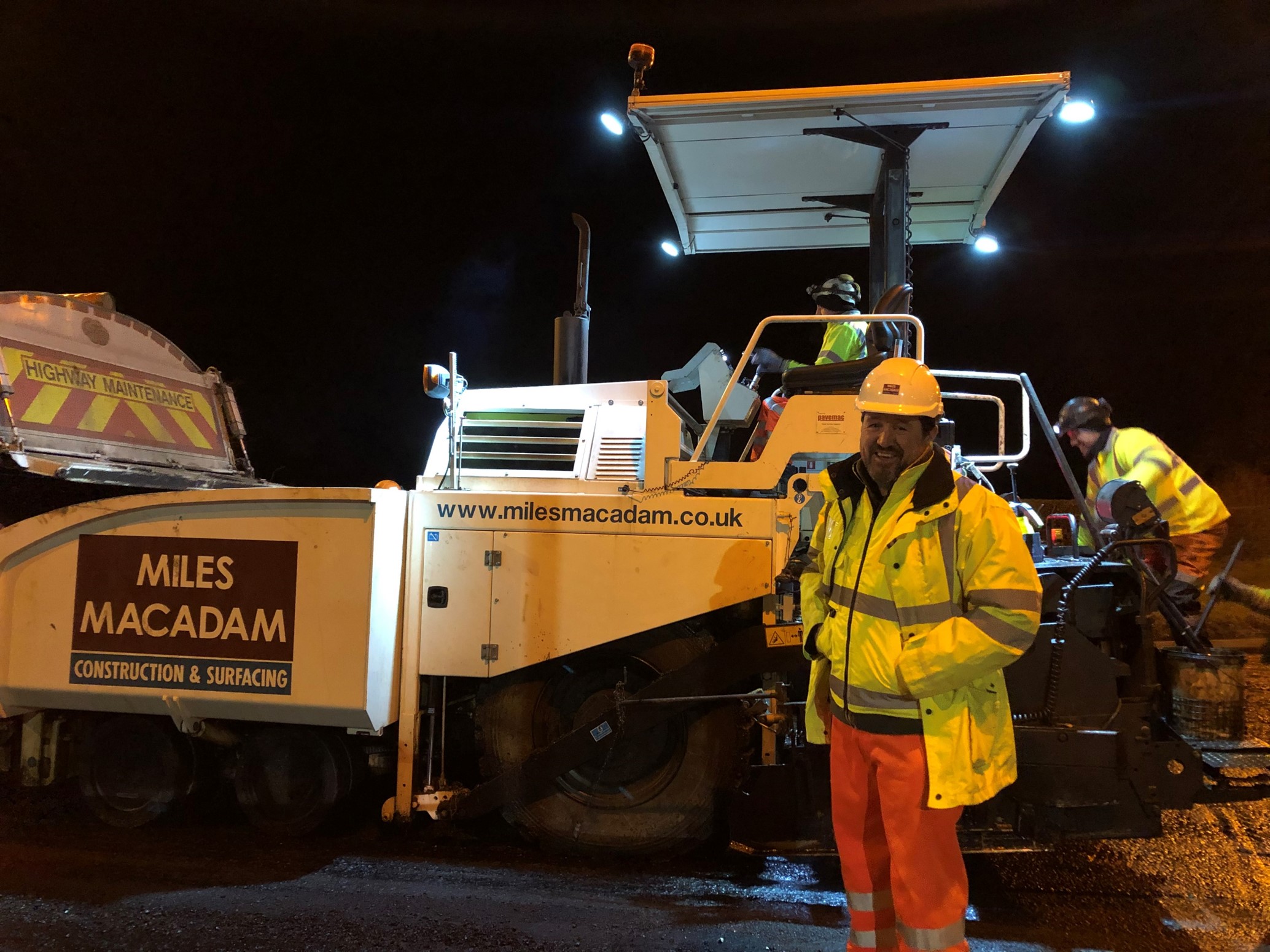 Home > A Site Visit with Charlie Clarke, A41 Whitchurch

A Site Visit with Charlie Clarke, A41 Whitchurch

Miles Macadam were recently contracted to carrying out the activity of patching to the A41 just outside Whitchurch on behalf of Kier Shropshire Highways. The MM team were also visited by our director, Charlie, who spent several hours on site.

The area covered was approximately 600m² of patching using 14mm Milepave 60PSV. There was also 1078m² of Hardipave 60PSV to be introduced to the exits of each roundabout and 1327m² of Hardipave 65+PSV to be introduced on the approaches to each roundabout. Hardipave™ is a BBA / HAPAS certificated Grouted Macadam surface course which has been designed to withstand concentrated traffic volume and loadings and fuel / leachate contamination.  Hardipave has been supplied and installed by its manufacturer, Miles Macadam, since 1995, holding a HAPAS certificate since 2006. It is also the only Grouted Macadam (along with our Milepave™) to receive HAPAS approval.

Hardipave™ consists of a design mix open graded receiving course with a controlled void content, which is reinforced with a resin cementitious grout.  A major benefit of this product is a short curing period, allowing fast track installation and re-opening of the surface for industrial and public use with minimal inconvenience. It is utilised successfully both in heavy industrial environments such as waste and distribution, and on the highway network for junctions, roundabouts, bus lanes and laybys.

There was total of 15 team members (including the Contract Manager and Site Foreman) involved in the works and the duration of this activity took 5 days. Due to location, majority of the works were completed at night and a full road closure was in effect. Traffic Management, carried out by Headway supplied qualified operatives to ensure the safety of the site. 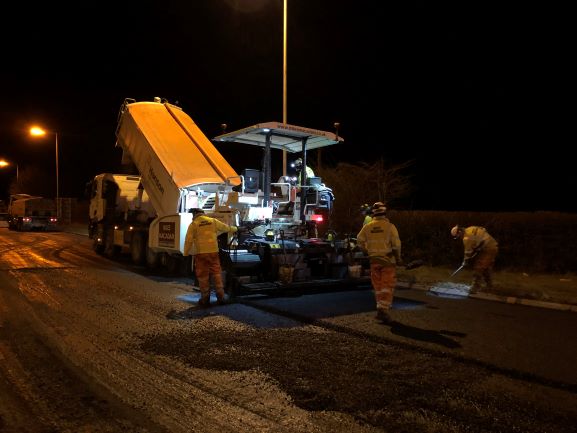 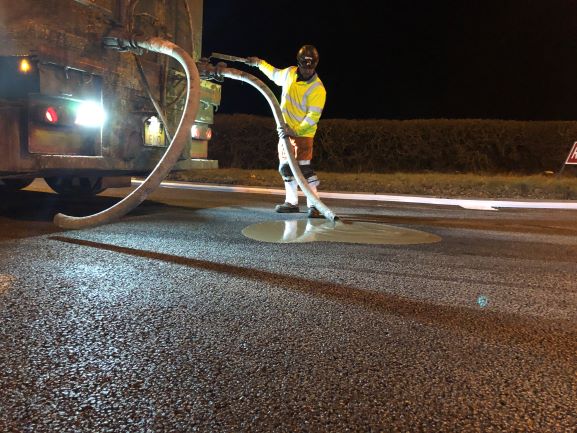 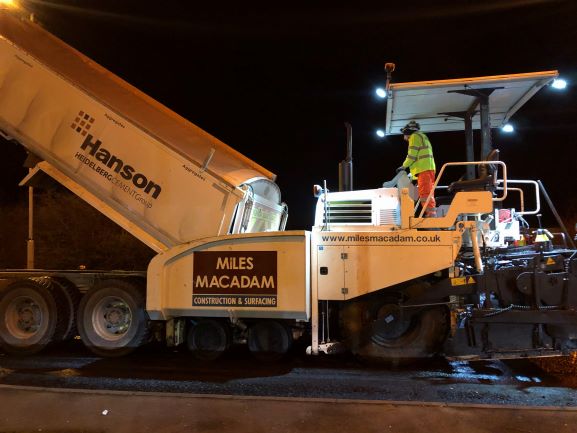 Miles Macadam are thrilled to announce the start of a Carbon Neutral...

It's an exciting day for Miles Macadam as it marks the first...

On the 26th March 2022, the Road Surface Treatments Association will be...