Miles Macadam is delighted to announce the completion and certification of the Milepave™ Carbon Neutral Resurfacing Scheme in collaboration with SteelPhalt and Cardiff Council.

Cardiff Council has published a press release, detailing the scheme along with comments from Cabinet Member for Strategic Planning and Transport, Cllr Dan De’Ath:

The first carbon-neutral road resurfacing work in Wales has been carried out by Cardiff Council.

Just under 13,000m2 of Northern Avenue, from the M4 slip road to Curlew Close, has been resurfaced using Slag Steel aggregate saving more than 50% in carbon outlay compared to using virgin aggregate in a conventional surface course.

The remaining carbon created in the resurfacing work will be offset using a Verified Carbon Scheme (VCS) – preventing further deforestation in Brazil – and by planting 100 saplings in the city in recognition of the scheme.

Working closely with our contractor Miles Macadam, this stretch of Northern Avenue has been resurfaced creating 53 tonnes of carbon, compared with 104 tonnes that would have been produced using a hot mix material and natural aggregate.

The carbon footprint to transport materials on and off site was 8 tonnes, compared with 17 tonnes of carbon that would have been produced to quarry the stone from further away, giving an overall carbon saving of 50.4%.

Cllr Dan De’Ath, Cabinet Member for Strategic Planning and Transport said: “The council is committed to becoming a carbon neutral council by 2030, through our One Planet Strategy.

“Climate change is the biggest threat facing our planet and steps must be taken to reduce the amount of carbon produced in our everyday lives. As a council, we have assessed the carbon footprint of all our services and operations, so steps can be taken to reduce it significantly to reach our carbon neutral goal.

“The reduction of carbon in the petrochemical industry, which includes road resurfacing, is quite an achievement and where appropriate, we will look to utilise the techniques that have been used to resurface this part of Northern Avenue on other roads in the city.”

Charlie Clarke, Managing Director of Miles Macadam said: “Miles Macadam has always strived to pioneer sustainable road surfacing. Since its introduction in 1995, using our product ‘Milepave’ we have always delivered a low carbon surfacing solution, achieving a 37% carbon saving over conventional materials and our goal is to continually reduce our carbon footprint through our operations.” 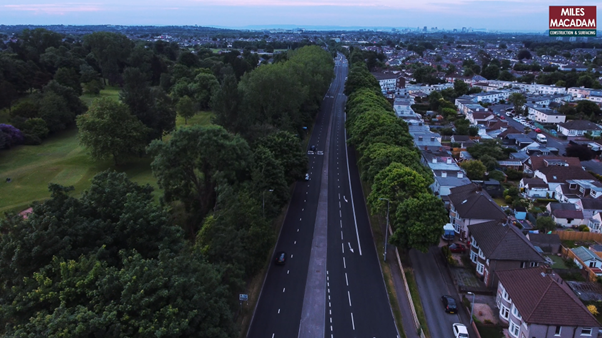 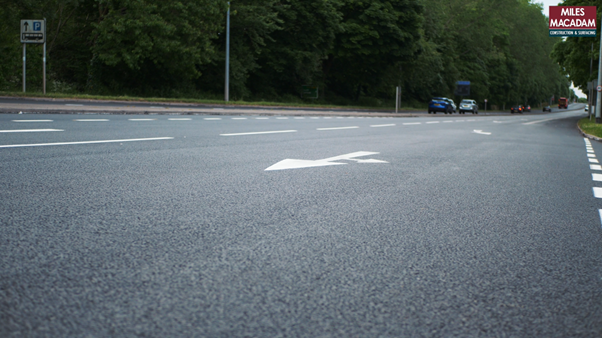 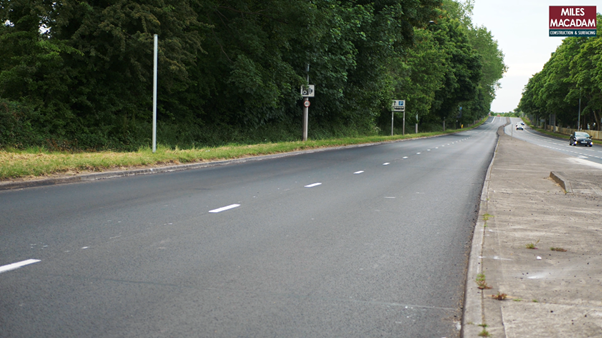 We are delighted to announce that we are collaborating with Denbighshire County...

Our contracts manager, Josh Mason, is nearing the end of his Asphalt...

Miles Macadam is delighted to announce the completion and certification of the...

Following the results from our recent Carbon Footprint assessment, we have been...